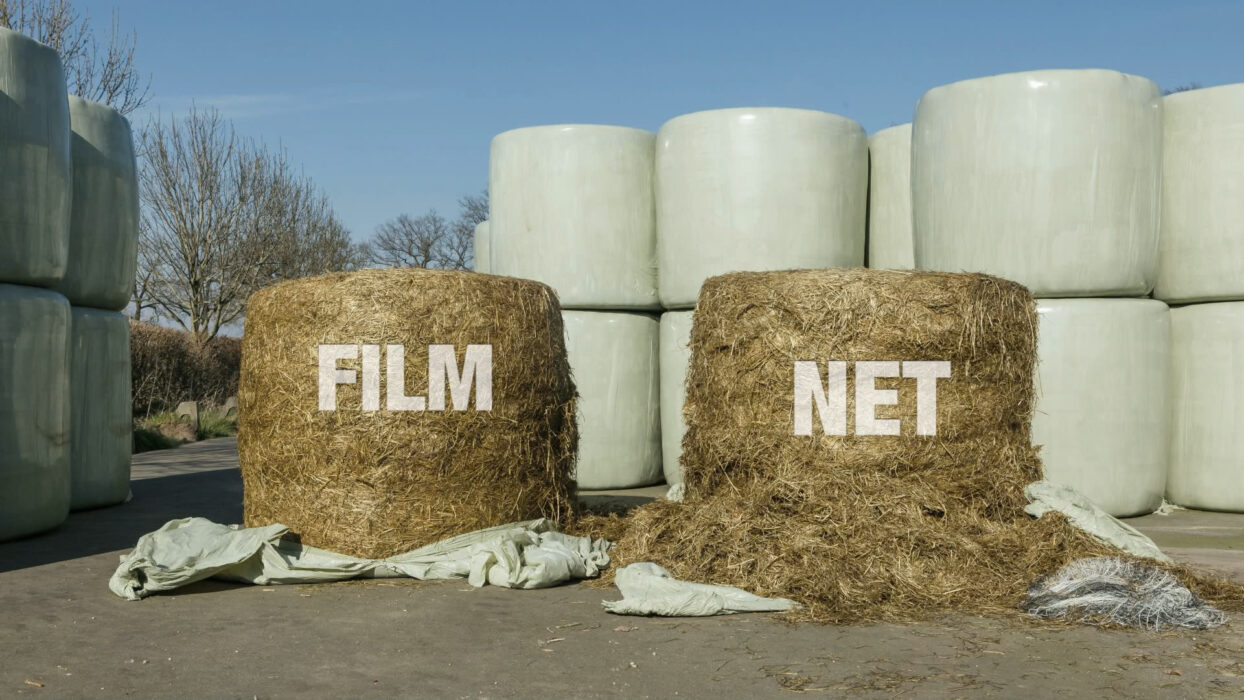 KUHN completed the challenge of opening a net and film bound bales. The KUHN FBP 3135 Combination baler has the option of binding bales with net or with film. The KUHN patented* film binding system uses two regular 750 mm stretch-film rolls. It eliminates the need for special wide film, which simplifies film stocking for customers and reduces film binding costs by 37%. Film binding improves the silage quality, bale shape, stability and facilitates the opening of the bale.

If a farmer prefers net binding the contractor can switch by the push of a bottom. The KUHN FBP 3135 can carry both film and net at the same time. This makes switching from film to net an easy process without any lifting or changing of rolls. This saves time for both the farmer and the contractor.

KUHN headquarters took on the challenge of opening a net and film bound bale. As you can see from the results film binding is much more efficient for farmers. There is less waste and the bale is opened a lot faster then a net bound bale. Net can cause issues when taking it off as feed can fall out as it hasn’t been compacted enough. This usually leads to mould and silage waste that cannot be fed to cattle.

Film binding produces a much firmer rounder bale making it easier to feed and stack over the winter. These bales retain its shape very well. By being tightly packed ensures no oxygen gets in ensuring no mould growth on the feed. This makes for a high quality silage bale to help with higher milk yields.